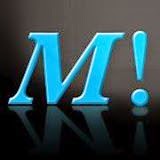 Presenting "a variety of theatrical motion pictures in a new, viewer and advertiser friendly format, not seen on broadcast television to date", films featured on the network are edited for graphic profanity and inappropriate violent or sexual content, but are not edited for running times to fit in a time block (movie start and end times vary depending on the length of each movie). As a result of the network running films in their original running time with commercials added, feature films that air on Movies! are scheduled in a manner that mirrors the program scheduling of premium cable channels. Some of the films aired on the channel are 20th Century Fox releases, however titles from other studios, such as Paramount Pictures, are also shown. Movies! also airs a three-hour block of programs aimed at children each Saturday morning.

Ever since KMYU 2.2 became a MyTV affiliate and pretty much dropped all ThisTV programming, there has been no channel in Utah dedicated to movies. ThisTV used to be my go-to channel for movies when there was nothing else on, and I was sorry to see the network kicked to the curb by KMYU. ThisTV wasn't exactly dropped by KMYU, it was worse than that. KMYU kept their affiliation with ThisTV, but pretty much stopped showing ThisTV programming - in effect, holding ThisTV hostage, ensuring that the network wouldn't move to another channel and become a competitor.

Although the network is available to affiliates in HD or SD, Movies! is seen locally on CW30.2 in SD and wide screen, although some content is in 4:3 format. I have had intermittent EPG (Electronic  Program Guide) data for both 30.2 and 30.3 since the subchannel was added, but I am hoping that the engineers will work this out. In the meantime, you can go see the schedule here - http://moviestvnetwork.com/schedule.php or add the network to your channel lineup at TitanTV.com.

This brings to 44 the number of unique channels I receive at my location using an Antennas Direct DB8e UHF Antenna and a simple dipole antenna for VHF channel KUTA-8. While I can't promise you the same results, you can get Movies! and at least 20 other channels with a simple antenna in most locations in Cache Valley. If you're tired of paying for TV, and you need an antenna installed, please feel free to send me an email at cachefreetv@gmail.com and we can arrange it for the price of a few months cable TV.
Posted by Cheap Sniveler at 9:11 AM