Franklin County has begun broadcasting KIFI Channel 8 from their translators. Channel 8 is an ABC affiliate from Pocatello and Idaho Falls, Idaho.

Channel 8 will present a problem for some Cache Valley viewers, since Logan's own low power station, KUTA-LP, also occupies channel 8 (America One), along with 8.2 (Telemundo) and 8.3 (CacheValley). Since the channels occupy the same PSIP, the way they appear in your channel lineup will depend on how your TV or converter box deals with them. Most TV and converters will display 8.1, 8.1; 8.2, 8.2; 8.3, 8.3; and 8.4. However, my DTVpal converter box is totally confused by this, and displays KUTA 8.1-8.3 together along with 8.4 (KIFI news), and throws the first three Idaho channel 8's to the high channels - above channel 39, KJDN-LD.

Franklin County really needs to get its act together. They need to get a minimux (or similar device) to change the mapping on the overlapping 8s, or KUTA-LD needs to map to a different channel, but I don't see that happening anytime soon, since KUTA_LD was in the valley first, and they can't even get their own PSIP ID and EPG working properly. By the way, the PSIP ID and EPG on KIFI-TV and it's subchannels are functional. Telemundo on 8.2also has working Spanish Closed Captioning, unlike the Telemundo 8.2 subchannel from KUTA-LP in Logan.

Franklin County and Cache County should really start talking to each other and working together, instead of doing whatever they want regardless of what the other county want or needs. Most importantly, the wants and needs of ALL Cache Valley residents - from both Idaho and Utah - should be taken into account.
Posted by Cheap Sniveler at 6:29 AM 2 comments: 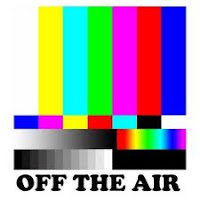 A few weeks ago, I reported that Cache county had started broadcasting CW30.1 and TCN30.2, and KBYU 11.1 thru 11.3. However, for the last week both channels have been off-air. I will contact the county this week if the signals don't come back soon.

I will report when these stations are back on air. In the meantime, your options for CW30 are to tune in digital subchannel 4.30 for the SD 4:3 format simulcast of CW30, and for those able to do so, you may be able to receive KBYU channel 11 from Franklin County's translator. My speculation is that the county probably lit up the 11 and 30 translators long enough to get them licensed and are then going to relocate them to be with the other translators on Mt Pisgah, as they have applied to do.

KJDN-LD channel 39 hit the airwaves in Cache Valley this week, currently broadcasting on four 480i subchannels, with a loop of video on 39.1, and test patterns on 39.2-39.4.

KJDN is low-power TV station, locally owned and operated by Larry Soule of Soule Productions, who reports to Cache Free TV that he plans to broadcast MyFamilyTV network programming, along with a mix of local programming on the primary channel 39.1 in 720p HD, and there will be two subchannels broadcasting SD 480i, with as yet undetermined programming. It would become Cache Valley's first and only locally-based HD channel.

Congratulations to Mr. Soule and KJDN on the completion of the long and difficult process of FCC licensing and completion of construction. I, for one, am expecting good things from KJDN.
Posted by Cheap Sniveler at 5:56 PM No comments:

Utah TV Stations KUTV 2.1 and KMYU 2.2 To Be Sold To Sinclair Broadcasting

Via The Associated Press:

SALT LAKE CITY -- The top-rated Utah television station has been sold. Salt Lake City-based KUTV, its sister station KMYU and five other stations have been sold to the Sinclair Broadcast Group.

Sinclair has agreed to pay $200 million for the seven stations that comprise the Four Points Media group. The other stations in the Four Points group are in Texas, Florida and Rhode Island. KUTV Vice President and General Manager Steve Carlston confirmed the sale to The Associated Press.
The deal is subject to approval by the Federal Communications Commission. Carlston says the sale should close in early 2012.

A CBS affiliate, KUTV has held the top spot in the Utah market for nearly one year despite having a smaller staff than some other stations.

READ MORE >>
Posted by Cheap Sniveler at 5:28 AM No comments: