Poll: What networks would you like to see in Cache Valley?


What TV network would you like to see in Cache Valley?

I'm going to start the discussion by suggesting that either Cache County or Franklin County should fire up a translator and bring ION TV channel 16 to the Valley. Ion 16 is actually 3 channels, and is the only "MAJOR" network not having its own translator in the valley. It would be a great "family friendly" addition, with movies and shows on Ion 16.1, children's programming on QUBO 16.2, and lifestyle programming on Ion Life 16.3. Ion 16 would require its own translator, since it is actually 3 networks. I would also like to see the new Luken Communications children's classic cartoon network, PBJ, be broadcast from any one of the stations listed below that have available bandwidth for another subchannel.

One, or several, of these networks could easily fill "empty space" on other transmitters. Channels with available bandwidth for SD subchannels include channel 8 KUTA, with enough bandwidth for 2 sd channels (if they drop the current weather loop on 8.3), KUEN 9 with 1 or 2 subchannels, KUTA 12 (Daystar) with 3 subs, KJZZ 14 has room for 2 subs, and KJDN has room for 1 network on its 39.3 subchannel.

Following is a partial list of networks available, from Wikipedia. Keep in mind this is not a complete list, as other channels are available like Cspan and NASA, and stations can broadcast audio - only channels using very little bandwidth, just as channel KUEN 9 currently broadcasts NPR on 9.91. 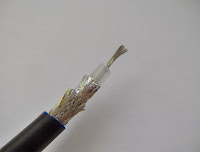 WSJ:
Did 9 Million Cable Subscribers REALLY Cut The Cord?
Survey reports 9 million have cut the cable.
Cable companies: "We don't see it."
Someone's either blind or lying, who is it?
(Hint: you can always trust Comcast. They've never lied to anyone. EVER.)

Note that all they talk about in this piece is internet TV, nobody mentions Free "Wireless" TV with an antenna.

I have some commercially - built antennas for sale. Local pickup only. 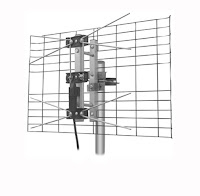 I have acquired a number of small, commercially made 2 bay antennas. These antennas are ideal for those that have a fairly strong signal and only require basic reception. Retail is $49.99 on these antennas. I'm selling them for $30. On the plus side, they're lightweight, compact (12" x 18") and durable, ideal for attics and for apartment dwellers who are limited in what they can put outside. They also work well as an indoor antenna. The down side is they will not get VHF channels, which for Cache Valley, is KUTA 8 and KUTF 12, and they are better at high UHF (9 db gain @ channel 50) than low UHF (only 6 db gain @ channel 14). All you need is a cable from Walmart or Kmart - or even the dollar store - to connect to your TV. Also ideal if  you are dumping Dish Network or DirecTV.
Other antennas for sale include:

What Can You Do With a Roku?

Several people have asked me recently about streaming media set top boxes. Having a HTPC media computer connected to my LCD TV, I never used one of them. After asking several people their opinions, I decided I would try a ROKU box. In fact, I tried 2 of them: The top of the line Roku 2 XS, and the bargain priced Roku LT. Roku first introduced the streaming set top box to the market, and continues to be the industry leader. Of course, there are plenty of other ways to connect your TV to the internet nowadays, ranging from Apple TV,  Boxee, and Roku, Internet connected TV sets and Blu-ray players. I chose the Roku because of its reputation, access to lots of content, and price. If you're wondering what product you should choose, check out this review of network streaming devices.

If you've decided that a Roku player is for you, you'll need to choose the model that works for your needs and budget.