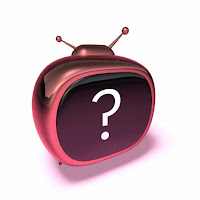 What's The Best Way To Watch The Superbowl?

GAME TIME!
Super Bowl XLVII—featuring the Baltimore Ravens and the San Francisco 49ers—happens Sunday, February 3 in New Orleans. CBS has the broadcast rights to the game this year, and kickoff is 6:30pm Eastern. You can  Stream the game live online at CBSSports.com, or on a phone or tablet, you can download the NFL Mobile app at NFL.com/mobile. Of course, won't won't get the best  picture quality streaming on the internet, and as often happens when millions of people try to access the same stream, servers crash, and who wants to watch on a 3 inch screen?

AND THE WINNER IS:

One thing that users of Netflix on smart TVs, Roku box, and other devices find annoying is that it's impossible to browse the whole Neflix catalog from the Netflix app for these devices. The official Netflix apps for these devices limit you to a few categories and Netflix's  "suggestions". For myself, this had always meant hopping on the laptop and adding movies to my queue from a browser to find new movies.

But now I've found a solution that allows me to find everything in the Netflix catalog without putting down the Roku Remote.

READ MORE >>
Posted by Cheap Sniveler at 6:49 AM No comments: