Aereo, a service that allows subscribers to view live as well as time-shifted streams of local over-the-air television on Internet-connected devices, has announced that it is coming to Utah.

“We’re excited to be launching our technology in Utah, or what is fast becoming known as the Silicon Slopes,” said Aereo CEO and founder Chet Kanojia. “Utahans are connected, tech-savvy and interested in innovations that can add value to their lives. When it comes to how you watch television, Aereo’s technology will bring more choice and flexibility to Utahans across the state, whether you live in Salt Lake City, St. George or Ogden. We believe consumers want and deserve a better television experience and our work is focused on delivering the best customer experience with the highest quality technology.”

In Utah, which is served by Comcast in some areas, consumers will be able to record and watch networks such as KSTU-HD (FOX), KSL-DT (NBC), KUTV-HD (CBS), KTVX-HD (ABC) and KUED-HD (PBS), as well as other over-the-air special interest and foreign language channels, including BYU-TV, AntennaTV, ION, Qubo, Estrella TV and others. In addition, consumers will also be able to add Bloomberg Television.

Aereo said that anyone who is interested in trying the service can pre-register on its website, which will give them priority over those that don’t. Aereo’s service will be available to consumers across all 29 counties in Utah on Aug. 19.

Aereo heads to Beehive StateWhat's interesting about this is that Utah has an extensive translator network that delivers a majority of Salt Lake City's channels to most of the state. Therefore, Aereo will available to pretty much the entire state, rather than just a limited metro area as in other markets like New York city. https://aereo.com/coverage/slc Aereo’s service will be available to consumers across all 29 counties in Utah on Aug. 19
I hope this really puts the screws to Comcast. Profit is one thing, greed is another.

Not only are they encrypting "Limited Basic" cable (the lowest price cable, consisting mostly of some of your local channels), they're killing QAM, and the "Digital Transport Adapter" they provide is NOT HD, and you need a box for every TV. Aren't they also charging rental for those boxes now, too? I think they call it a "Digital outlet charge" or some sort of doublespeak. Yea, the box is "free", but they still found a way to charge you every month for it.

What DOES Comcast charge for "Limited Basic" cable in Utah now, anyway? Does anyone know? They are really good at hiding the price, I can't find it online anywhere. EDIT: I FOUND IT! It's about $30 a month, plus fees and taxes - lets call it $40.

Say what you will about Aereo, but competition is GOOD for the consumer. If we had 3 different cable companies to choose from, you bet your a$$ Comcast wouldn't be charging as much as it does. I'm signed up for the preview, and I'm looking forward to giving you all a review. I'll give them a test drive, but I'm sure I'll stick to watching TV with my antenna - as God intended! 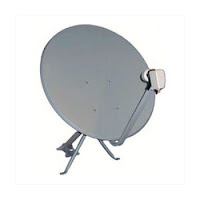 If you aren't allowed to have a satellite dish where you live, you can stop right here. Otherwise, read on to see if FTA satellite TV is something you may be interested in.
READ MORE >>
Posted by Cheap Sniveler at 10:14 AM No comments: 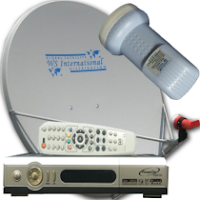 READ MORE >>
Posted by Cheap Sniveler at 4:58 PM No comments: