Why Do People Pay For HULU Plus? (revisited)

A few months ago, I published a post asking WHY do people pay for HULU Plus?, when there is HULU free and there are so many ways to watch HULU without paying for it. I just didn't "get it". Well, I have just had a free trial of HULU Plus, and I have to tell you, Now I Get It. While HULU free may work for some people, there is a group of people who would be better served by HULU+.

Just who are these people, and how can they justify the princely sum of $7.99 a month just to watch TV? Could you be one of these people?
Lets compare HULU free vs. HULU+. 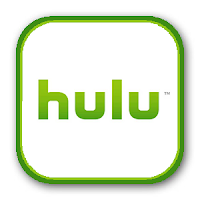 Let's first take a look at HULU, the free version.

HULU free is only available on your computer. This means that you either have to watch on your monitor, or connect your computer to your TV. There's as many ways to do this as there are video inputs and outputs on a computer and TV. But for some people, this isn't practical or convenient. But should you be able to live with this arrangement, then you probably don't need HULU+.

HULU+, on the other hand, is available on a multitude of devices, be it your computer, iPad, android device, Roku box or other streaming device. As the name implies, HULU+ is HULU "plus" more - and less, if you watch it on a streaming device. I would call it "HULU +/-". You see, certain content providers put silly restrictions on their content. "The Simpsons" and "30 Rock" are among these shows. You can watch either show on HULU or HULU+, on your computer. But you can't watch them on a streaming device, even though you are paying for HULU+. That makes sense, right? Well, no, it doesn't. But that's the kind of lunacy you have to deal with when it comes to Hollyweird. HULU+ does give you some movies and back episodes that aren't available on HULU free.

Don't forget, too, that with neither the paid or free versions of HULU include any content from CBS and several other networks that aren't "onboard" with HULU. And it doesn't matter if you pay for HULU+ or not: you WILL be forced to sit through commercials.

I see the subscription price as a "convenience fee". If you want to watch on a TV, and you don't want to hook up your TV to a computer, or have household members that can't deal with a remote with more than a dozen buttons, HULU+ could be for you. Certainly, it's convenient, easy to use, and the video quality is outstanding.The video quality is far superior to any of the "back door" applications that can deliver HULU free to your devices via a "real" computer. Subscription features allow you to use HULU like a DVR, placing your favorite shows in your queue to be viewed whenever you want. Unfortunately, shows don't remain on HULU forever like they can on your DVR, but most shows stay online at least 3 weeks or more giving ample time to watch.

Most important, though, the cost of Netflix and HULU+ together is under $16 a month and gives you most of what pay TV does. For someone that's been paying $80 a month just to watch TV, that's a bargain. But whether HULU is worth it to you is a decision only you can make.


Take a trial run and decide if HULU+ is for you. Get a FREE TRIAL of HULU+

Or use PlayOn to get Hulu FREE on any streaming device!
Posted by Cheap Sniveler at 8:02 PM

Email ThisBlogThis!Share to TwitterShare to FacebookShare to Pinterest
Labels: hulu, hulu free, hulu free vs. hulu plus, hulu plus, HULU+, HULU+ vs HULU