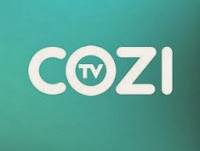 I returned from my Christmas / New Years vacation to find that KSL has dumped the simply dreadful LWN (Live Well Network) from its 5.2 subchannel and replaced it with COZI TV (http://www.cozitv.com/). I realized that there are a few people (maybe 2 or 3) who will miss LWN, but all of their content is available online at their website (http://livewellnetwork.com) as well as on ROKU with the Nowhere Man private channel.


Cozi TV is an American digital multicast television network that is owned by the NBC Owned Television Stations division of NBCUniversal. The network airs a mix of classic television series from the 1950s through the 1980s, movies, and first-run lifestyle programming.[2][3][4]
The network originated as a local news and lifestyle programming format that launched between 2009 and 2011 and was seen on digital subchannels operated by nine owned-and-operated television stations of the NBC television network in the United States under the brand NBC Nonstop.[2] The sitcoms and drama series now appearing on Cozi are primarily from the NBCUniversal Television Distribution program library, along with original programs from other distributors.

Okay, so this is not one of the networks I had hoped for but ANYTHING is better than LWN. Seriously, we already have enough retro- and classic- TV channels! I really wanted to see one of the movie networks come to Utah, like Movies! or This TV.  KUTV Digital channel 2.2 is a This TV affiliate, but not really. KUTV 2.2 is also a MyTV affiliate, and also serves as a place for KUTV to broadcast more sports. KUTV shows almost NO This TV programming. I believe the only reason 2.2 continues to be a This TV affiliate is to keep other stations from becoming a This affiliate. And that's just wrong...